ERLANGEN, Germany/NEW YORK, USA – If you listen to your favorite song and suddenly get the feeling you’re hearing it for the first time, diving into the music and being surrounded by the musicians, it might be that you’re listening to 360 Reality Audio. This new immersive music format, based on MPEG-H Audio technology, brings artists and their fans closer together than ever before. Music has never been so real and so immersive. At the official launch event in New York on October 15, Sony introduced the new music format and announced the first 360 Reality Audio immersive music streaming services from Amazon Music HD, Deezer, nugs.net and TIDAL will launch this fall. Also on display at the Sony Music Hall in NYC were the first 360 Reality Audio consumer devices: the Amazon Echo Studio premium smart speaker as well as Sony headphones.

The MPEG-H immersive audio format, which powers 360 Reality Audio, makes it possible for artists and music creators to produce a spatial musical experience. When listeners hear content produced in the 360 Reality Audio music format, they experience an immersion into sound that transports them onstage with their favorite artists. You can hear the music as the artist intended it during production.

Playback of 360 Reality Audio content can now be enjoyed on mobile devices on the go and at home. Meanwhile, a prototype for in-car immersive music playback was recently demonstrated by Fraunhofer, Audi and Sony at the 2019 AES International Conference on Automotive Audio in September. Being able to enjoy popular recording artists’ latest immersive music mixes in any environment and on many 3D audio enabled devices will provide audiences with a seamless immersive experience.

»We are very pleased that Sony has chosen MPEG-H Audio as the distribution format for 360 Reality Audio content. The creative possibilities this offers the music industry and the new level of music experience this provides to consumers are breathtaking and we are proud to be part of it,« said Dr. Bernhard Grill, Director of Fraunhofer IIS.

»The future of music is here and immersive. With Fraunhofer, we found an industry-leading innovation partner. The open standardized MPEG-H audio codec enables us to offer 360 Reality Audio music on a growing number of streaming services and many playback platforms from various manufacturers,« said Yoshinori Matsumoto, Director and Deputy President, Sony Home Entertainment and Sound Products Inc.

Thanks to a cooperation between Fraunhofer IIS and Sony the format will be compliant with MPEG-H 3D Audio, an international open audio standard, and optimized for music streaming. As licensors, Sony and Fraunhofer IIS will continue working to expand the available content library, participating streaming services and compatible audio devices moving forward.

MPEG-H, substantially developed by Fraunhofer IIS, is the industry’s most advanced audio system, supporting both immersive sound and the ability for users to adjust elements in the audio to their preferences. MPEG-H has been on the air since 2017 on all TV networks in South Korea under the new ATSC 3.0 standard, and it has been selected for new broadcast standards to be launched in China and Brazil. Fraunhofer offers MPEG-H software implementations for many popular CPU, SoC and DSP platforms. It is widely deployed today in TV sets, premium soundbars and high-end smart speakers. 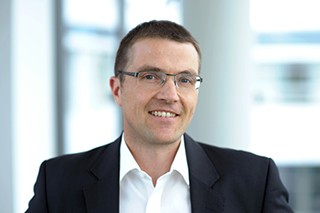 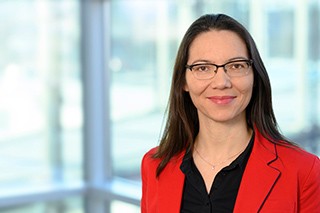